Hamish was a white Terrier puppy that we gave to our Son aged 11 as an encouragement reward for doing well at school. Our son was born with cerebral palsy, and during his school years he faced more challenges than most. But Matthew and Hamish were alike in their determination and tenacity.

In a way, Hamish was a therapy dog for our Son. A constant, loyal companion, Matthew could look after and train, and who would return his affection faithfully. Matthew is now a working Archeologist, a tribute to his doggedness to overcome his challenges and achieve a role where he thought he could make a contribution to human knowledge and society.

Hamish deserves a memorial for his contribution to our son’s life and our family, and this brief blog post is mine.

Hamish’s favourite activity was going for walks around the neighbourhood where he could pee on every tree, bush, lamp post and street sign. He did this with practiced precision, often spending minutes walking back and forth, lining up the perfect shot. This would continue for the whole walk, long after the tank was empty.

His favourite walks were along the beach, where he could target particularly nasty smells, such as the rotting remains of sea creatures, to roll in and bring home with him.

He’d make a bone last days; gnawing on it for hours, then burying it until it was ripe several days later, reviving it from the earth and spending a few more hours at it He was a true fetid gourmet.

He was fond of all company, accepted pats and belly rubs from anyone willing.

He particularly enjoyed wrestling with our children, playing tug of war with chew toys. He’d end up on his back, short arms splayed wide, grinning like a fluffy white ewok.

When I worked from home, making early starts, he’d come and sleep under my desk after breakfast keeping me company. I put a dog bed in my office so he’d have somewhere comfortable to lay down.

In more recent years, as he got older, he lost his hearing and gained a host of medical problems that made life uncomfortable for him. He slept most of the day and we bought him dog beds for his favourite resting spots; usually in places where we’d hang out in the house as a family.

During the day he’d visit the backyard repeatedly to lay on the grass in the full sun. I think the sun warming his old bones gave him relief.

Now we have a stack of smelly, unused dog beds in the corner. A strange void that we can’t shake; a bark from the other end of the house; a flash of white crossing the threshold to the backyard; the click clack on the timber floor as he comes looking for us in the house.

I’m sure we’ll find more fetid treasures he left for us buried in the yard somewhere. 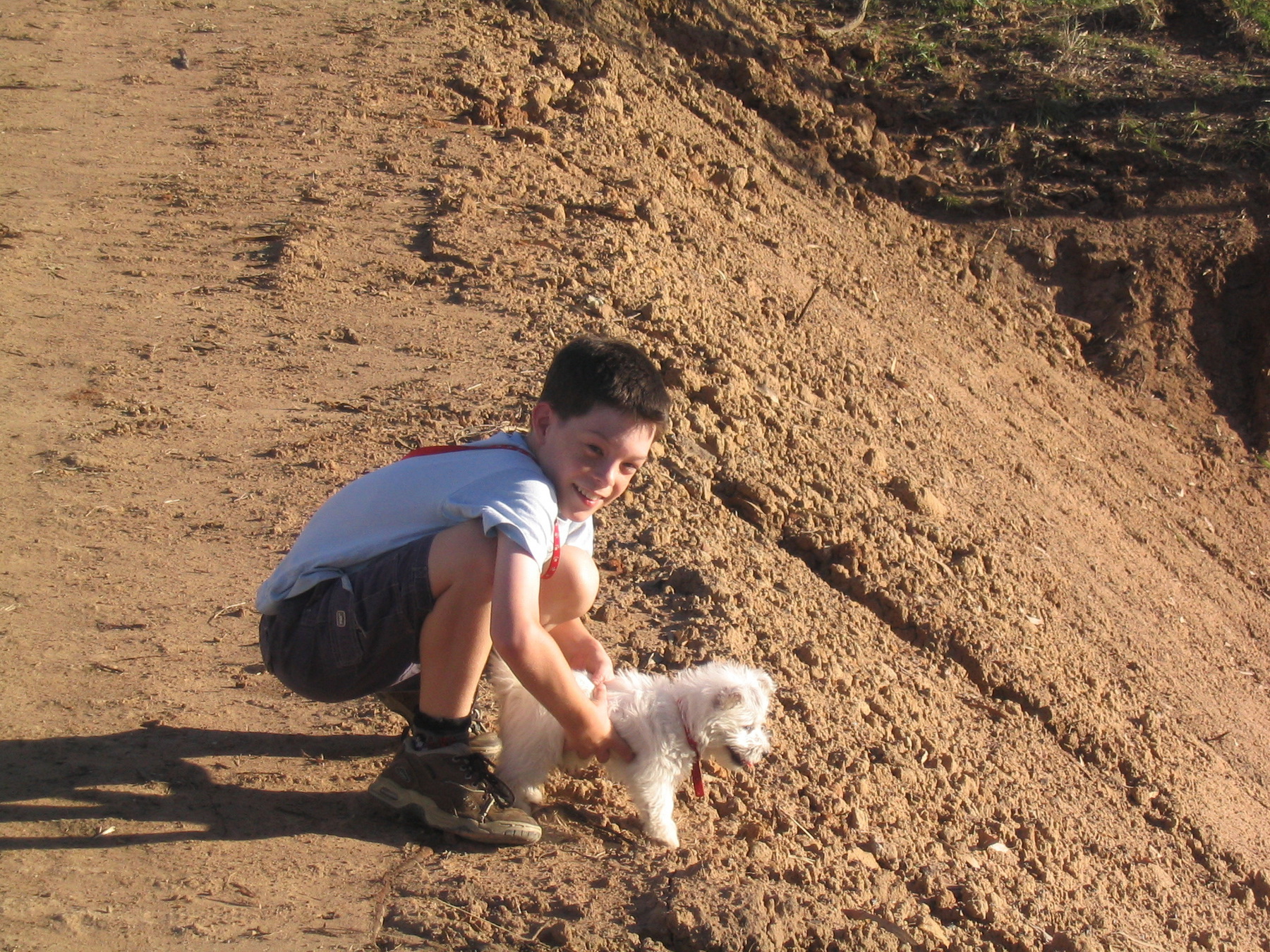 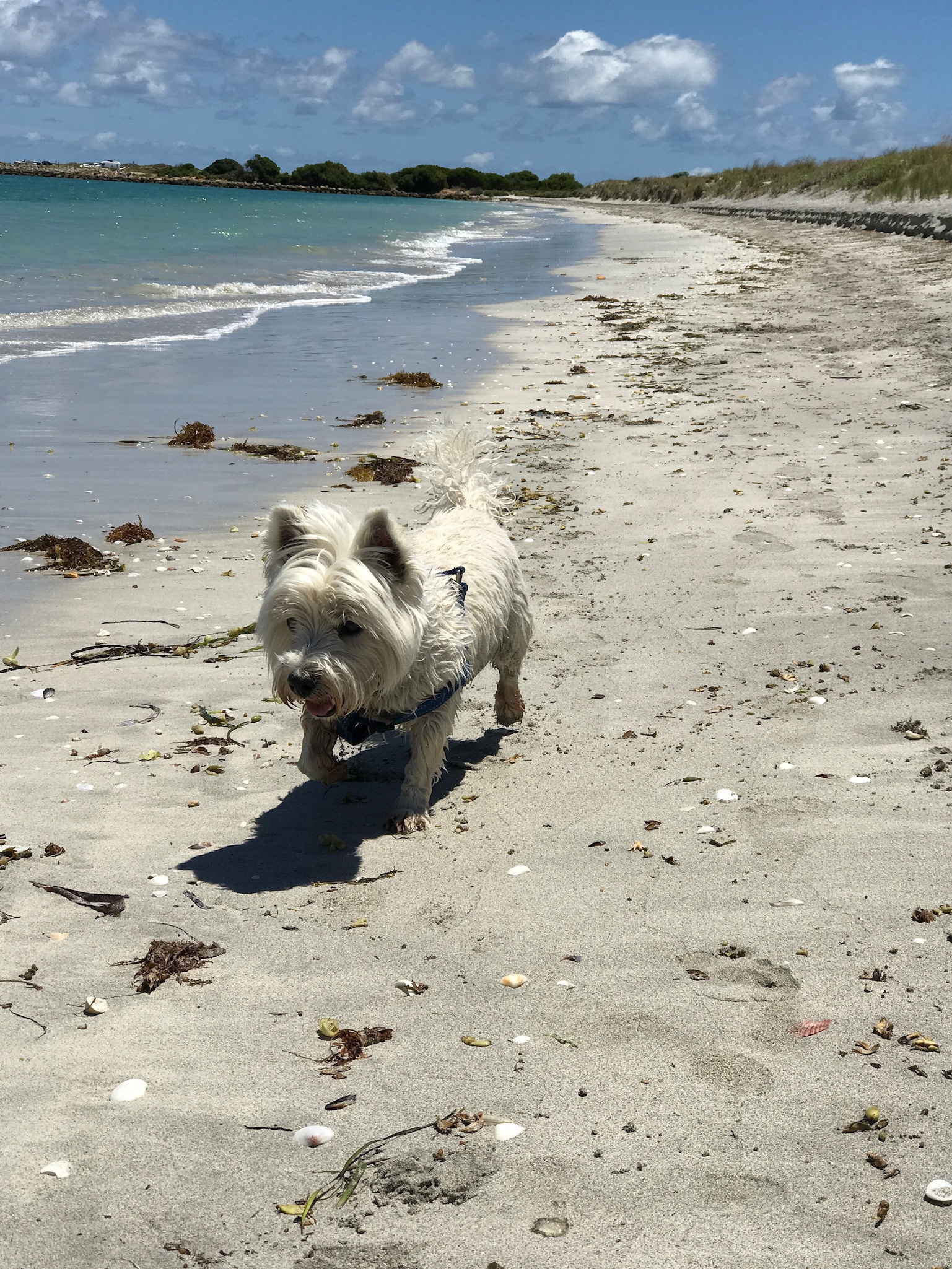 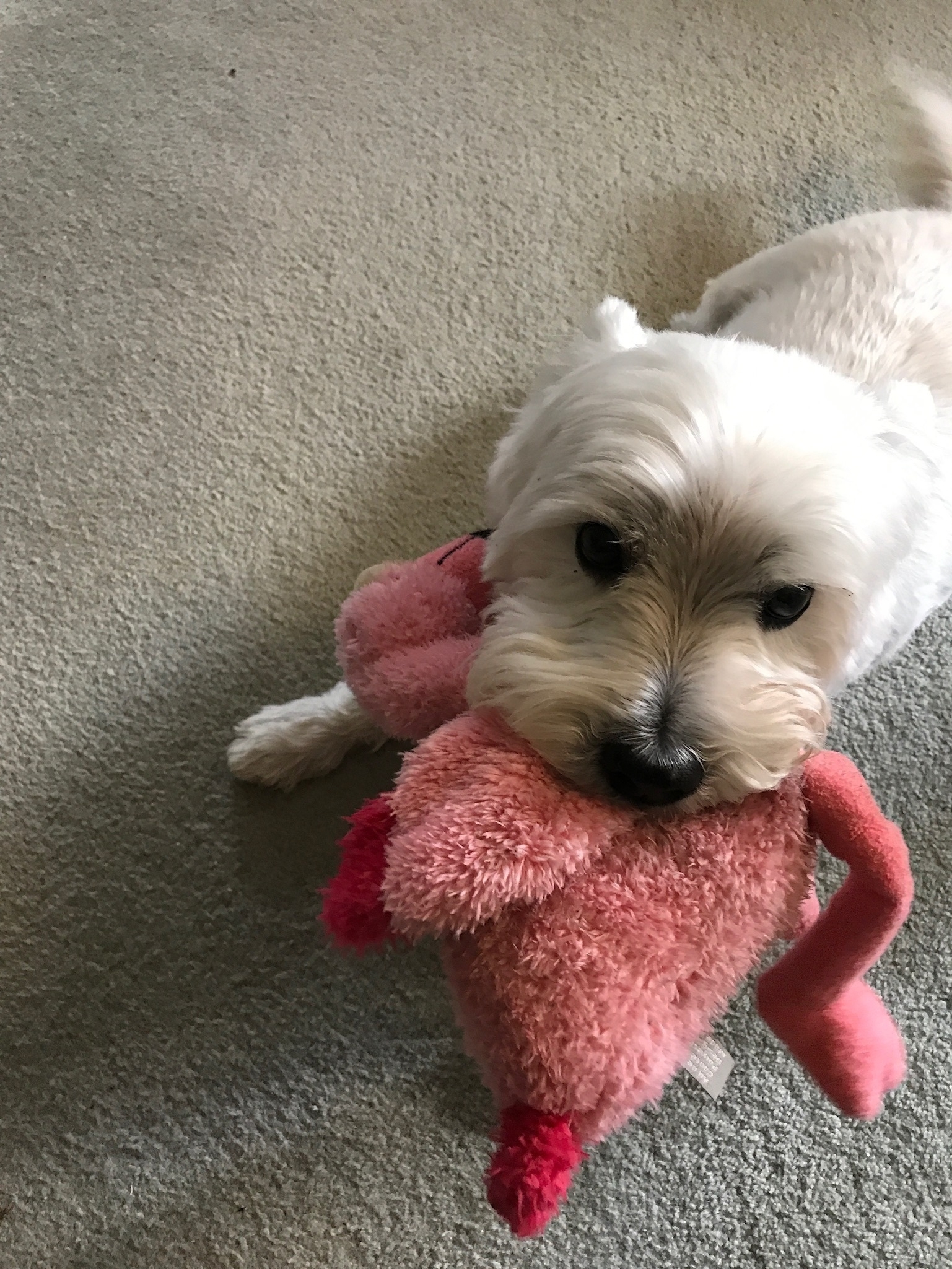 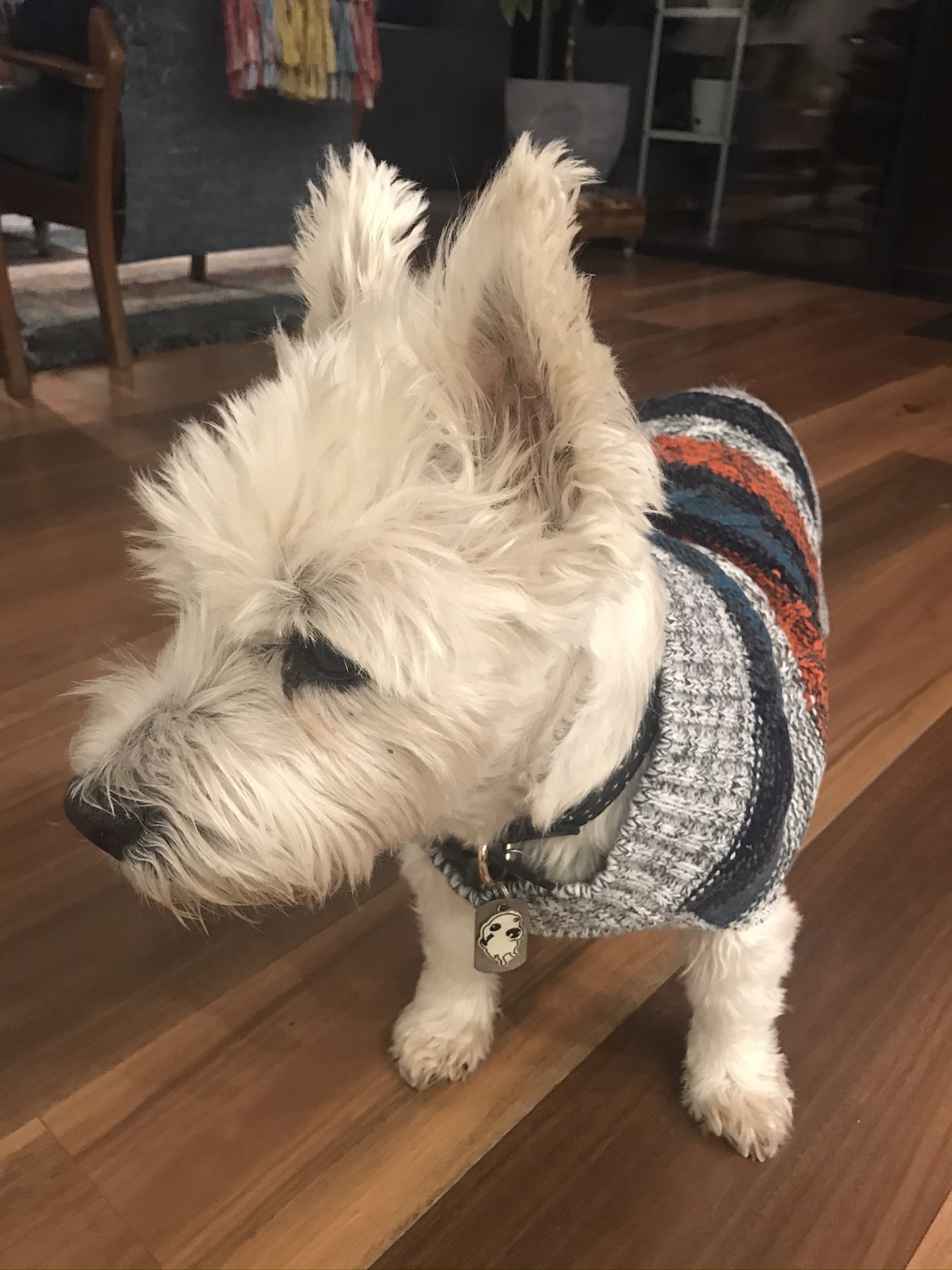 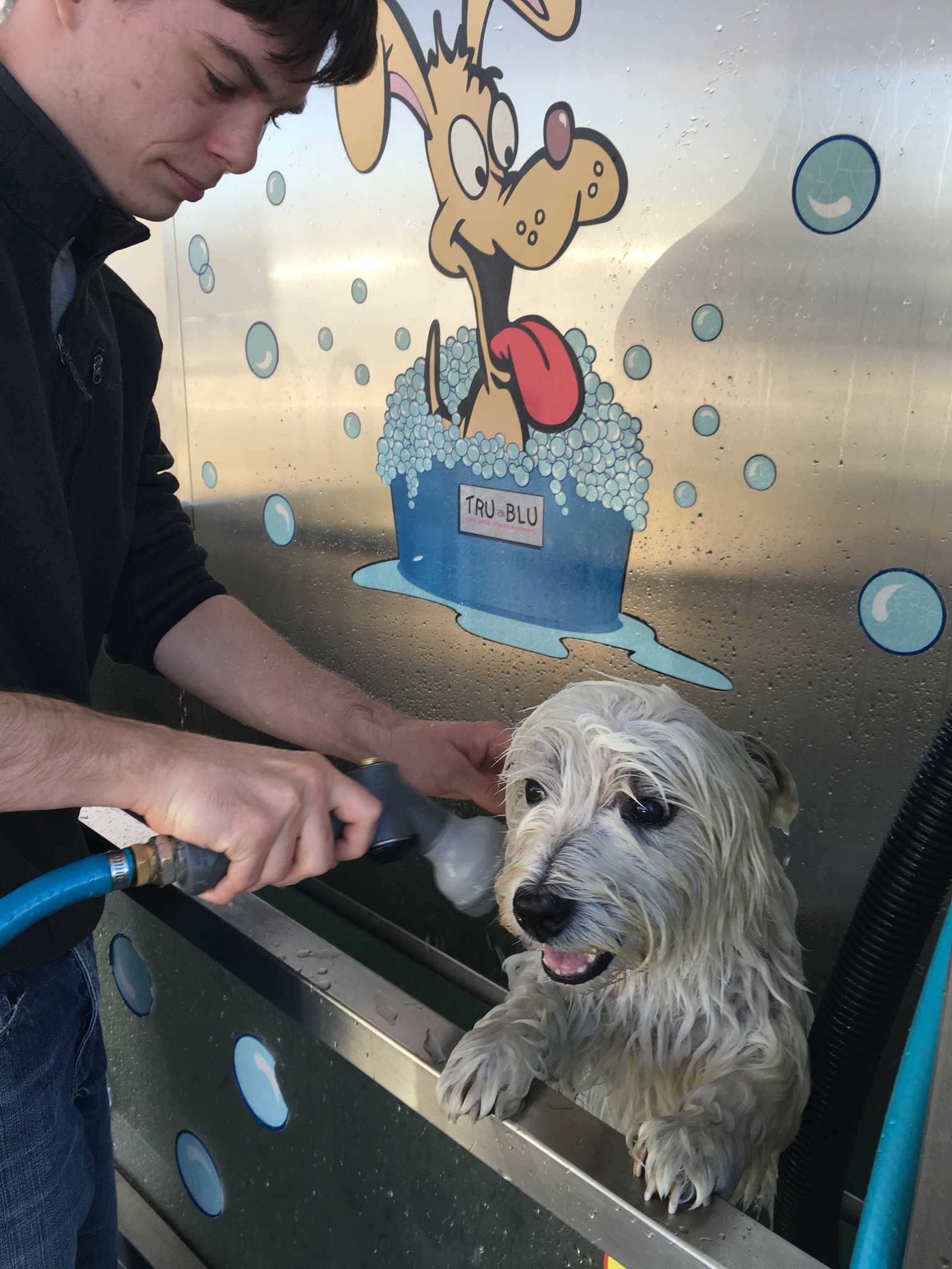 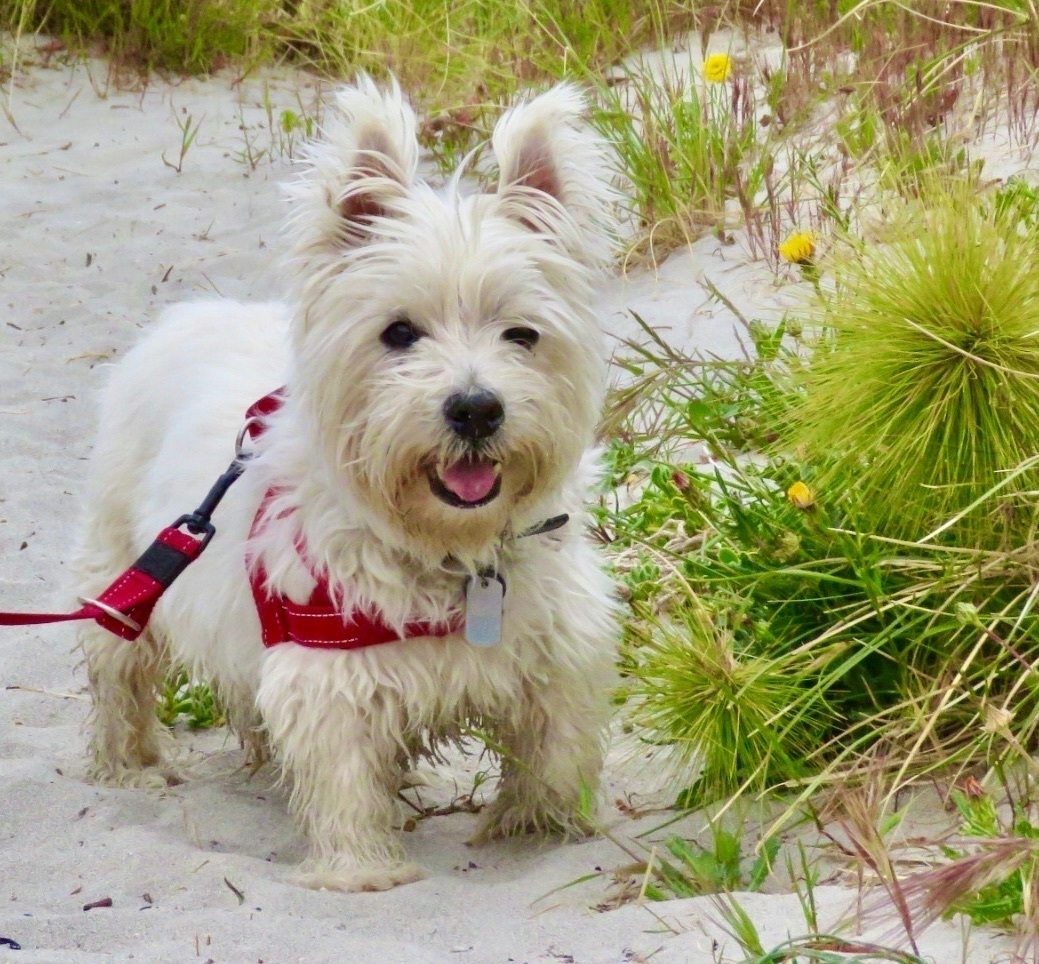 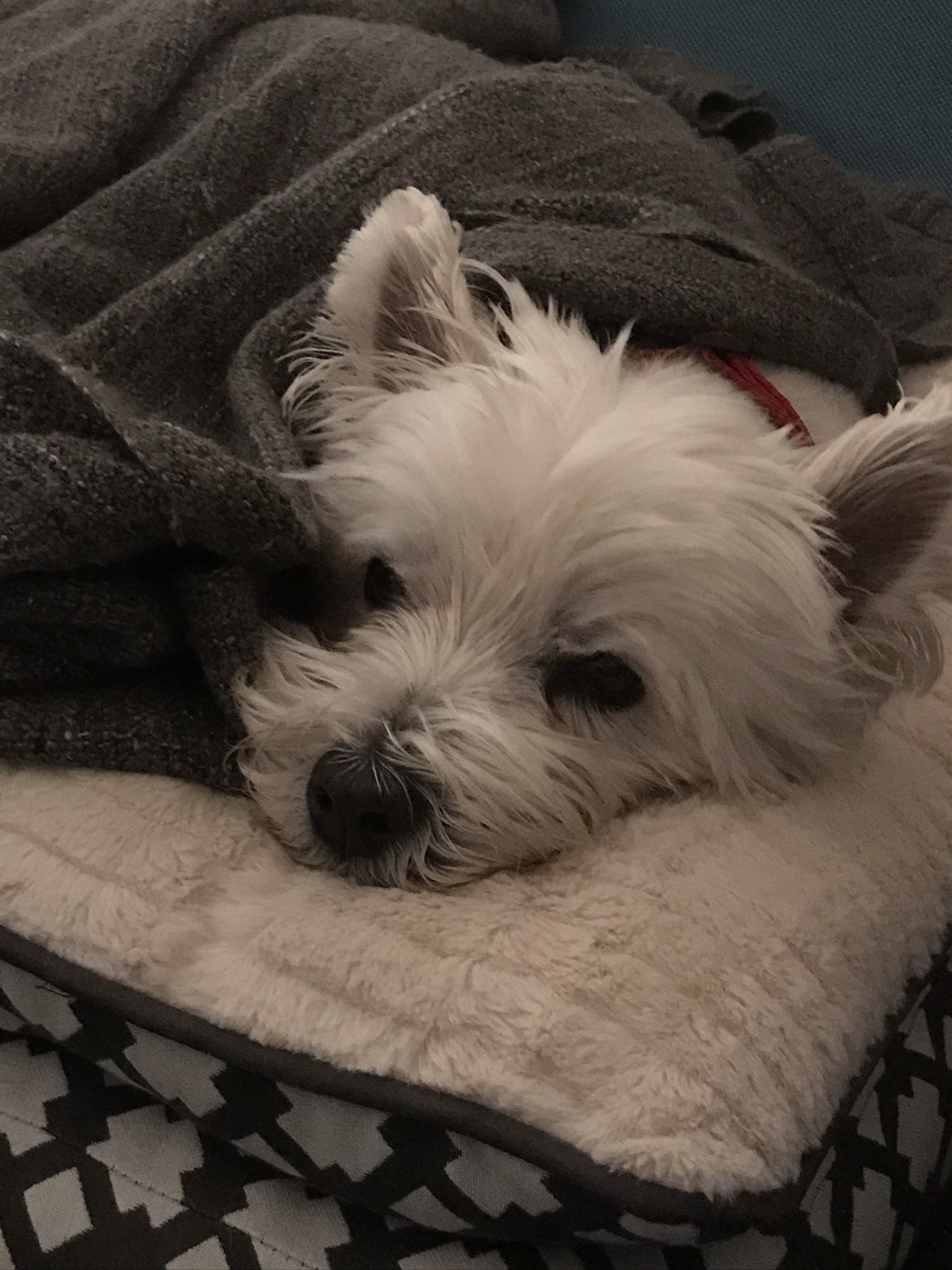 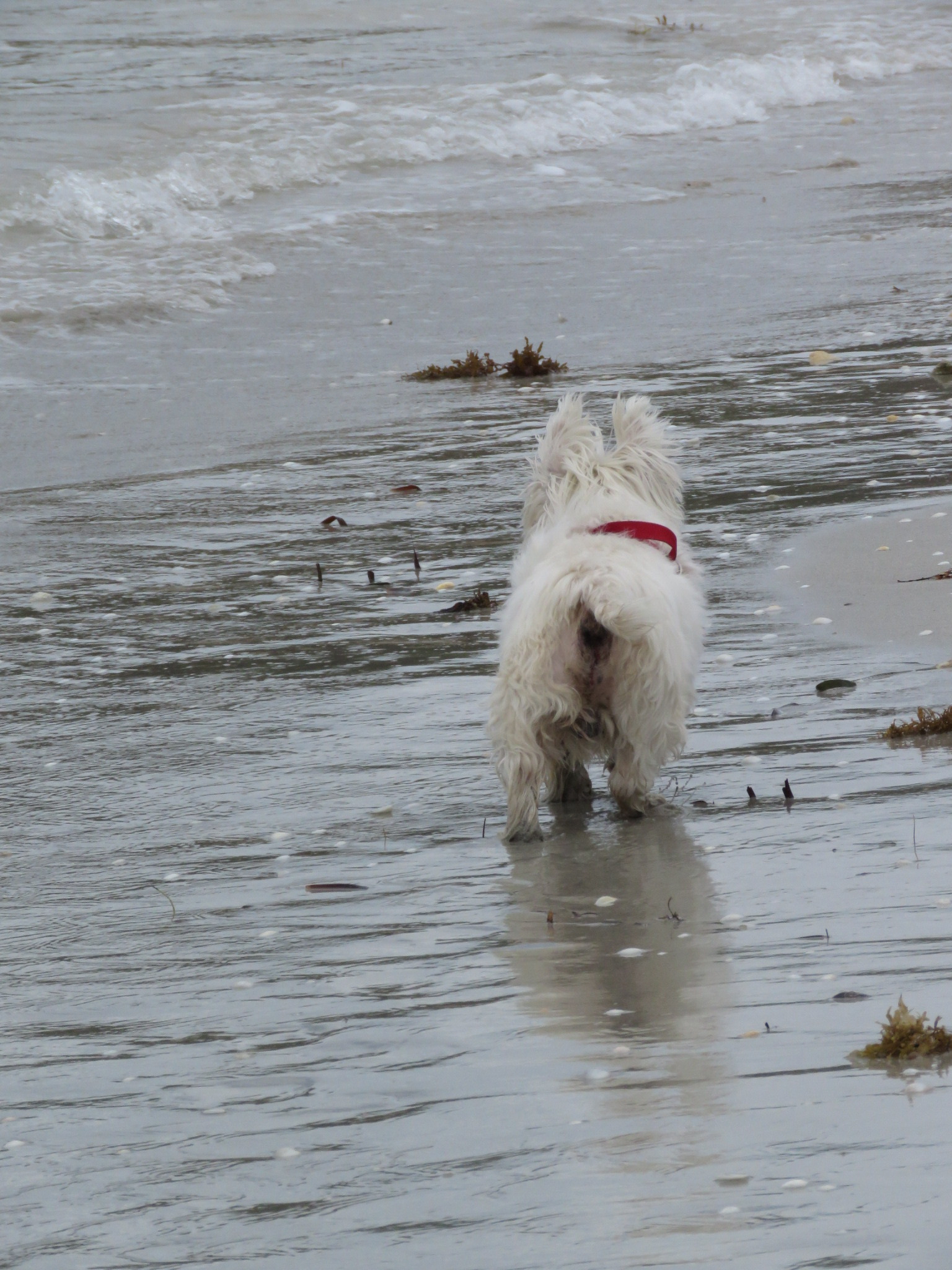